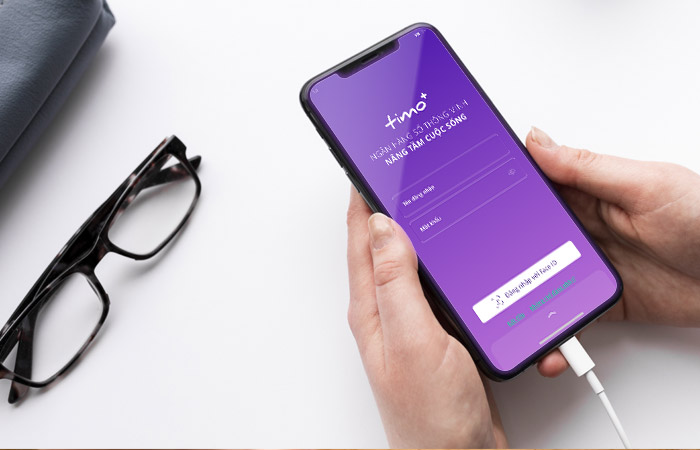 Financial technology (FinTech) is changing the face of finance all over the world, and though it is relatively new to Asia, it is already making a significant impact on banking in Vietnam. The name itself slaps of jargon, but FinTech is simply an umbrella term for using technology to deal with money. If you use mobile banking then you are using FinTech. If you use POS systems in your local business, if you buy products online or pay for your electricity bill at your local convenience store, if you use paypal or any other form of E-Wallet – basically, if you use any tech to manage money, then you are investing in FinTech. It’s everywhere.

FinTechNews founder Christian König is a specialist in the Finance Technology sector here in Southeast Asia, and in Europe. He worked in the industry in his native Switzerland, gathering expertise in finance consulting, investment banking and also in content marketing. Eventually  he started FinTechNews to report on, and keep his focus at the forefront of the movement.  “FinTech is still quite new to this country,” he says. “Most of Vietnam’s own FinTech Startups are in mobile payment – paying your electricity bills, phone bills, buying products online and so on. Vietnam needs to start thinking more about how it can branch out into other fields, things such as RegTech and InsuranceTech, which are still quite alien here.”

Though the industry is still finding its feet in Vietnam, the country’s FinTech startup scene is receiving more and more attention from foreign and domestic investors alike. “In March this year 500 Startups launched a US$10 million micro-fund for Vietnam… to invest in 100 to 150 domestic startups,” says König. “Foreign ventures have started expanding to Vietnam too, notably to tap into its remittance market.”

Let’s Talk Banking
Perhaps one of the most influential tech developments in the global finance industry is digital banking. Hundreds of people around the world use digital technology to manage their bank accounts via their laptop or mobile phone. “Timo is the first ever digital bank in Vietnam, and there is definitely a lot of potential for the industry to really take off here,” says König. “In-fact, this year the Asian Banker Summit chose to organise its event in Vietnam. You see, the FinTech industry is just perfect for this place; Vietnam ranks seventh in the world in terms of Internet users, and has a mobile penetration of 24 percent, with a smartphone penetration of 15 percent.”

But is there really a need for digital banking in a country that so famously runs on cash? Though Vietnam’s banking network does play a significant part in the state’s financial sector, many local people don’t use banks. “Ah yes… in Vietnam, cash is king,” König chuckles. “Banks require a lot of paper-work, but many local people here just don’t trust them. It is about culture and context really – this is Vietnam.” A 2007 New York Times report suggested that Vietnam’s cash-heavy economy was mainly down to lifestyle. “Most people [here] stash their money at home and rely on informal lending networks of family and friends for loans.” This way of moving and managing money is often easier, cheaper, and more relevant to life in a developing country.

Vietnam’s banks have begun embracing FinTech solutions, but it still remains quite limited. “In Vietnam, banking is kind of complicated and old-fashioned,” König says. “Many banks don’t even have an app for e-banking.” The Asian Bankerpublished a report on Vietnam’s banking reforms in May this year, detailing the technological advancements of a number of the nation’s core state-run banks. BIDV bank now has 1.1 million internet users and 3.3 million active mobile app users, while other providers such as VietinBank and TPbank are making constant updates to their online banking services.

So how can digital banking solutions be useful to Vietnam? Although many Vietnamese remain poor, and cash is still a major part of the nation’s economy, the country is developing at an exciting rate. The Trading Economics projection for Vietnam’s gross domestic product (GDP) growth rate from 2016 to 2020 is 6.8 percent, and according to The World Bank, the nation’s 2015 GDP was US$193.599 billion. Vietnam is deliberately integrating itself into the international market and joined the ASEAN Economic Community last year, creating a new drive for global financial compatibility. According to a 2015 McKinsey & Company study, the majority of people across Asia who are interested in digital banking tend to have higher bank balances and to be more educated, and as Vietnam progresses in GDP and in levels of education comparable to the rest of the globe, its population has a higher demand for digital financial solutions.

What is Timo?
Timo is Vietnam’s first ever answer to digital banking in Vietnam. “Similarly to Moven and Simple, Timo is a digital front-end with a licensed banking partner backend,” says König. “It’s linked to VPBank.” Timo is designed to eliminate the complexities of banking paperwork and to lower bank fees by moving everything online. Investopedia’s Andrew Bettie puts this down to lower workforce costs. “If you bank with a bricks-and-mortar bank,” he says, “your fees are paying for the cost of staffing, advertising and handling.” The only physical contact that Timo customers have with their bank is when opening their accounts and depositing their money at a Timo Hangout.

Think of these Hangouts as your next favourite co-working space. Timo has no bank branches, but instead offers customers a progressive meeting spot with coffee and a range of comfortable seating areas from which to make their deposits or manage their funds. Customers can then access their money totally online, or using the Timo app. You can open three main accounts: a Spend Account, a Goal Save Account and a Term Deposit Account for serious savers. Timo is primarily a banking service, but you can also use your Timo account to directly pay phone or utility bills, similar to many of Vietnam’s E-Wallet solutions.

“Given Vietnam’s young and increasingly plugged-in population, it seems like Timo has come at a perfect time,” König says, “but everything is still at the beginning. This is not yet revolutionary, but a step into a world of cooler banking in Vietnam.” Timo is currently growing at an astonishing rate – almost 100 percent per month – and this can only increase. “Timo tries to attract millenials,” says König. “Instead of having a classical bank branch with long queues, you can just sit in a cool coffee shop with no queuing, and pay your bills with the app – no need to carry cash around.” Eliminating high costs and paperwork, Timo is actually the ideal solution for sending money around the country. ”Imagine you send cash from the city to your parents who live in the countryside every month. But with services like Momo, Payoo or Timo this can be done on an app in a very short time.”

But what does this all mean for Vietnam’s current banking structure? Will we see a complete revolution in the State banking structure over the next few years? To König, the movement towards digital banking is more an opportunity for growth than a disruptive threat. “Banks in Vietnam have the advantage of observing what has happened in the world and what the local startups are doing, what’s working and what’s not.” Vietnam’s existing financial sector sees this as an exciting new step: 15,400 ATMs across the country currently serve Timo debit cards free of charge, and many other banks across Vietnam are investigating their own digital banking solutions in response to VPBank’s progressive move.

Book your appointment and pick up your card

Activate your debit card and enjoy our banking service